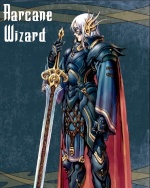 It's been noted that ventures into the realm of the "Shadow Lairs" has had mixed results. It seems that beginning at 23 with nothing collected is much harder then if you were to have a good load of vita, vials, and health caps. Unfortunately collecting these much needed and useful items makes for a very long crusade.

In the future if you have a key and plan on a venture into the SL levels, you will have the option to call on your fellow Guild Mates to form what will be called an "Alpha Squad". These knights will then do levels prior to 23 in hopes of collecting the necessary items desired to make your expensive trip go smooth, and hopefully make it less expensive.

The key to this operation is planning. The levels before 23 will take an hour to collect the things you need, so advance notice is required. When the Alpha Squad reaches level 23, your SL party will be called in to replace the Alpha's with what items they can provide for you. The party that will do the actual Shadow lairs will be called the "Omega Squad".

So in the future, if someone asks if you want to be in an Omega Squad, it means they intend on taking you to the Shadow Lairs after an Alpha Squad has given you supplies.

Like wise, if someone calls out for an Alpha Squad, it means they need 4 brave knights to do what is normally called a T3 Basil run.
If you can join this party and have the time, please do. Some day you may be in an Omega squad and need an Alpha squad to assist you in the same way. 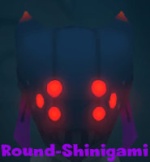 My offer is simple: omega pays alpha compensation for having to leave the supplies and go back to haven (you can't invite others if they go solo, you can invite people if they go back to haven). As for the price... 70 ce per person?

I make at least 70 ce during a vanaduke run.
Functioning as alpha team member while doing a t3 basil run would make it significantly cheaper for omega - since you were about to leave anyways, they just grab your remaining resources before you go.

Best case scenario: someone who defeats jelly king or roarmulus twins and reaches T3 town - they're about to leave, have at least vitapod, at most a capsule or 3, plus remedies. Then Alpha can do a full T3 run to get better health capsules. Best of all - no extra payment necessary (just some 20-30 minutes extra).
Zinqf 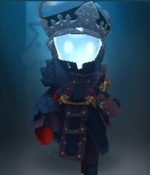 That's interesting although waiting for a group to do D19-22 while you are waiting to do shadow lairs....is not as time saving as you think. You are still waiting for that group (Alpha Group), to complete the same levels that the SL group (Omega Group) would otherwise be doing.

In other words, its just alot better all around for the shadow lair group to start at D19.
Shinigami

Zinqf wrote:In other words, its just alot better all around for the shadow lair group to start at D19.

To be honest I believe that starting at D19 when someone's finishing jelly king run has a lot of benefits, vitapods 8-12 for one.
I totally agree that simple waiting for alpha to finish running to basil would be a simple waste of time, at the same time planning that run beforehand and gathering omega at the time alpha is about to finish their run would be beneficiary.

Just make sure you mention what time zone you are in when you set specific time for runs.
BrideOfVanaduke

Well... If i am on a Basil run (which almost never happens lol), then it would be ok to leave vitas and pills to the "Omega squad". But i would never do a D19-D23 run to just go to haven and leave a space for somebody else. What is the point in it for me? I wont be making any profit on those levels, it would be a waste of energy.
Aarcanewizard

I start at 18 and end at 23, 10 times a day... (some times even more). I often join parties that all leave at 23 and drop what they have. If you know you'll be doing a SL run and don't want to do the levels prior, just let me know. Chances are, I'm all ready 1/2 way there. Also, no compensation is required. Surprising what a "thanks" will get you.

I really want to be in an Ω squad but for now if you post a few days in advance here I'll do my best to put together an α squad; If I can't I'm sure someone will, a bit of notice does help though.

On a side note, we should keep a list of all the accomplishments(number of SL runs, epic LD matches, etc.) People post about some but just a plain list in one thread would be nice. When people ask about the guild it'd be cool to say:
"Well, to date, our guild has had ____(insert impressive # here)_______ Shadow Lair runs."
Shinigami

Let me know when you plan to do a SL run, I'll do a cleanup of tier 2 before you. I'm fine with leaving at basil for one simple reason: I have elevator pass 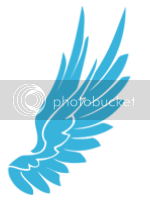